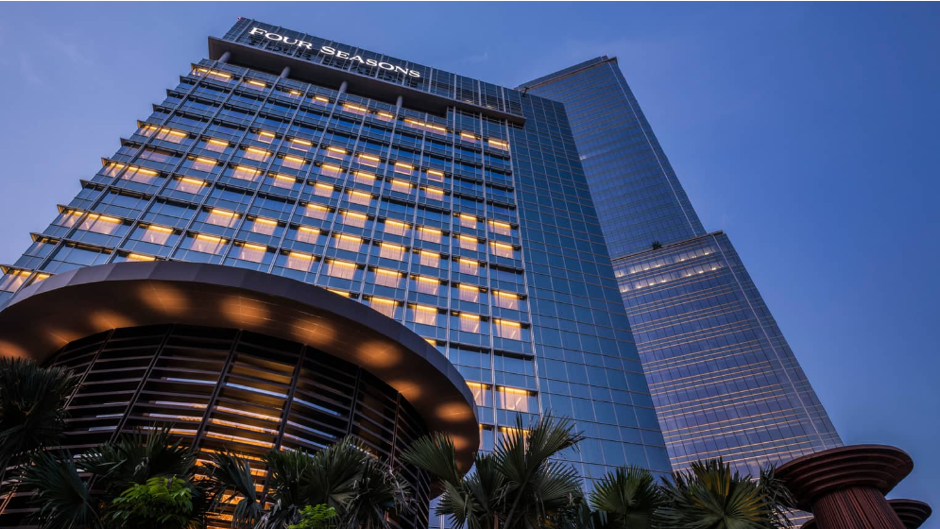 Jakarta is the “Big Apple” of Indonesia. In the middle of the “Big Apple” is the Four Seasons Hotel Jakarta, which provides travellers with high quality lodging and is surrounded by multiple mosques that hold prayers throughout the day. The client required an acoustic analysis and recommended acoustic treatment in order to reduce the noise from prayer calls that were affecting some of the guest rooms. There were limitations on conducting our analysis activities due to the hotel being in full operation. Any additional acoustic remediation measures needed to be fashioned to complement the layout of the Four Seasons Hotel.

The source of noise leakage into the hotel rooms was identified to originate from the façade window and the ceiling of the guest rooms. We recommended installing a second pane of 6mm thick glass panel on top of the existing façade, sealing the cavities of the façade aluminium framing with a foam sealant compound and acoustically insulating the voids in the ceiling.

The client constructed a mock-up of our suggested design which we subsequently tested for façade sound insulation performance according to ISO 16283-3. The acoustic remediation measures improved the sound insulation of the rooms by over 17 dB, equivalent to greater than a 65% reduction in noise.