Top 10 Acoustic Innovations from the Past 10 Years From small acoustic panels to large inflatable concert halls, the world of acoustics has changed a lot in the past decade. Keeping up with acoustic innovations and knowing how to make the most of them is what separates a good sound engineer from a great one.

Acoustic Innovations 1: Membrane Absorber, Modex Module RPG AcousticsSoundzipper Acoustic Consultant Julian Martinez is one of those people on the cutting edge of technology. He compiled his top 10 acoustic innovations from the past 10 years: 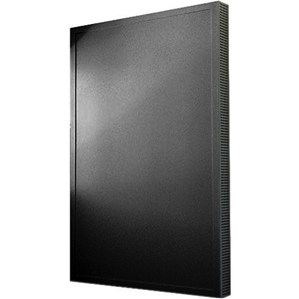 These little acoustic panels might not look like much, but they can make a big difference in small rooms, where sounds in the lower register can be especially problematic.

“Low frequencies have very long wavelengths that pose a problem in small rooms because the interference patterns of the reflected waves create a very uneven sound field in a room,” Julian says.

Whenever sounds hit the low frequency absorber membrane, they die down instead of reverberating. Recording studios have used these acoustic panels for years; and concert halls and other music venues are jumping on board. The next time you are at a concert, look up. If you see a grid-like thing hanging from the ceiling, it’s likely a 3D volumetric diffuser.

“A volumetric diffuser is composed of a series of alternated parallel acoustic panels installed in the ceiling of a small room,” Julian says. “Whenever the sound travels upwards it reflects between the multiple acoustic panels, increasing the number of reflections within the room and increasing reverberation time as a result.”

By increasing reverberation, these diffusers can make a small space sound big. The result benefits the audience and musicians. The audience feels like they are listening in a larger space, and musicians are able to hear themselves better and have more confidence in how the room sounds. 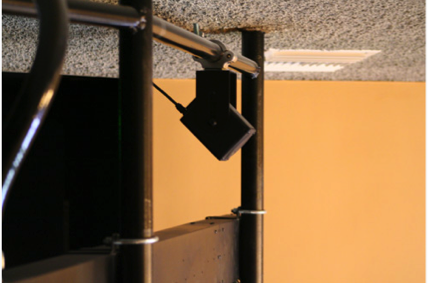 The size and shape of a room can’t be changed, but there is plenty of opportunity to alter the way it sounds through complex placement of microphones and algorithms.

“This system allows for variable acoustics without compromising room volume and the aesthetics of the original architectural design,” Julian explains. It is made from a series of miniature transducers placed strategically in the room. These transducers pick up the sound in the venue, transform it acoustically through an algorithm, and play it back from a series of speakers mounted in the room. 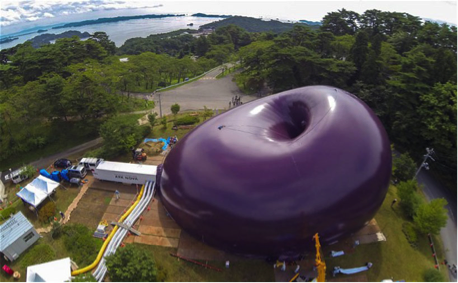 Want to have a concert but don’t have a space for it? Inflate one! Once impossible, these structures have come a long way in the past decade. They do not require much set up time and are easy to transport from one location to another.

The most notable use of an inflatable concert hall was in Japan in 2013. Once constructed, engineers control the acoustics just like they would in any other room.

“Inflatable concert halls are a quick and cost convenient alternative for outdoor events. The designs can range from a fully operational concert hall to an acoustic shell for orchestral performances,” Julian says. 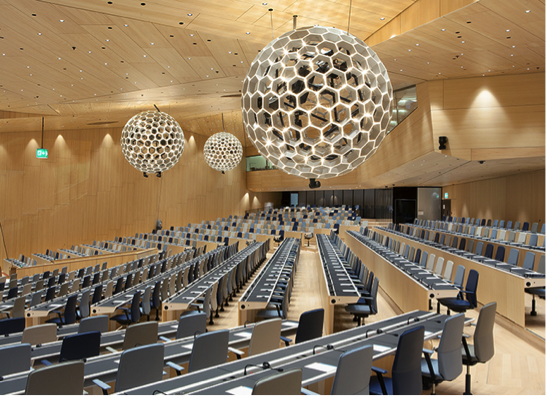 Take a closer look at the walls of a recording studio or concert hall and you’ll likely see tiny holes in the panels. These micro perforated acoustic panels control which frequencies are absorbed. They are made of just about any substance and mounted on the walls or the ceiling.

The perforations come in different sizes and can be added or removed from a space to achieve a desired effect, or perhaps changed from event to event as needed for each.

“The end user can customize a series of materials and incorporate them into their original design, maintaining the original architectural intent of the design,” Julian says. 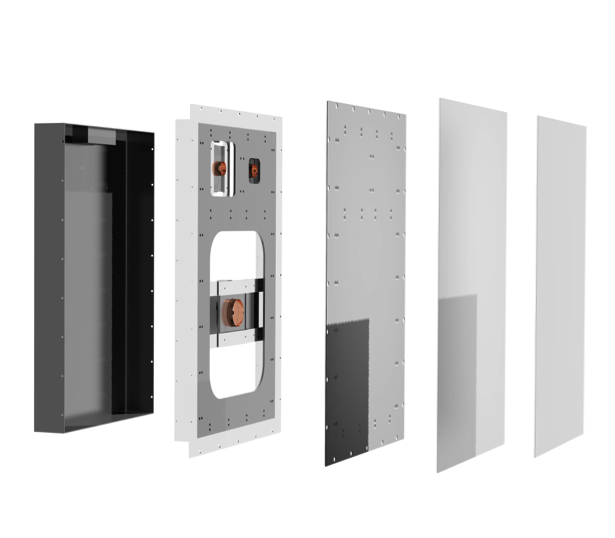 If you want the sound of a high quality speaker but don’t want to see bulky speakers, look no further than Distributed Mode Loudspeakers. These speakers are built into the wall and invisible to the public.

They are most commonly used in high end residential projects and commercial spaces like shopping malls. They provide quality sound in these environments while remaining invisible to listeners.

“A speaker can now become part of your wall or ceiling, and be completely invisible,” Julian says. 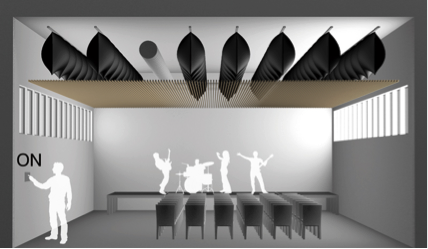 As we’ve seen, there are many ways to change the amount of reverberation in a room. If acoustic panels or diffusers are too permanent, look no further than inflatable acoustics.

Inflatable tubes can be used to absorb sound at the low end of the spectrum. This is not ideal for rock and pop concerts and results in a rumbling that detracts from what’s happening on stage. Individual tubes can be inflated or deflated as needed to customize the sound in a room.

“Long reverberation times may be flattering for orchestral music, but they do not work well for amplified music such as pop and rock,” Julian says. “Most variable acoustic systems are somewhat limited when it comes to decreasing the low-frequency content. This system allows for high frequencies to remain in tact while reducing the annoying rumble on the low end.” 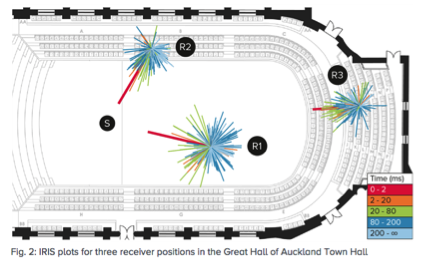 This technology allows us to hear and see sound. IT maps recordings captured by a set of microphones and creates a 3D visualization of them.

This visualization becomes important for designing or correcting a room’s sound. Everyone’s ears may perceive sound differently, but no one can dispute what’s in front of them on a screen.

“This is advantageous for treating early and late reflections and eliminating echoes in rooms. It also allows easy identification of trouble areas, and optimizing placement of acoustic treatment in the room,” Julian says. 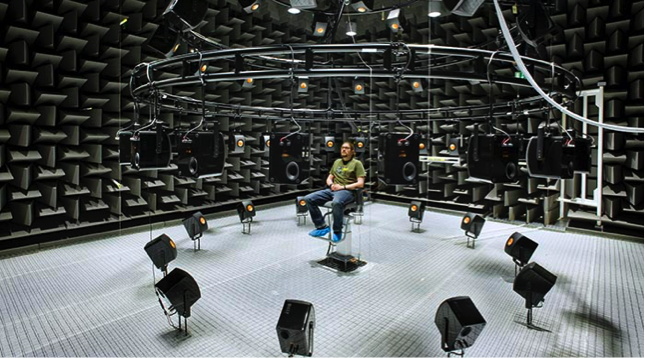 Any one microphone can only capture part of the sound our ears hear. But, a sphere of 64 microphones recording through separate channels at once comes very close to replicating sound as we hear it. This technology can enhance virtual reality environments or take music recording to the next level.

“This technology is currently used in different fields such as architectural acoustics, for evaluation of acoustic design of auditoriums, gaming and entertainment for generating realistic 3D sound effects and soundscapes, and for clinical studies to understand and map how different regions of the brain in sound localization,” Julian says. 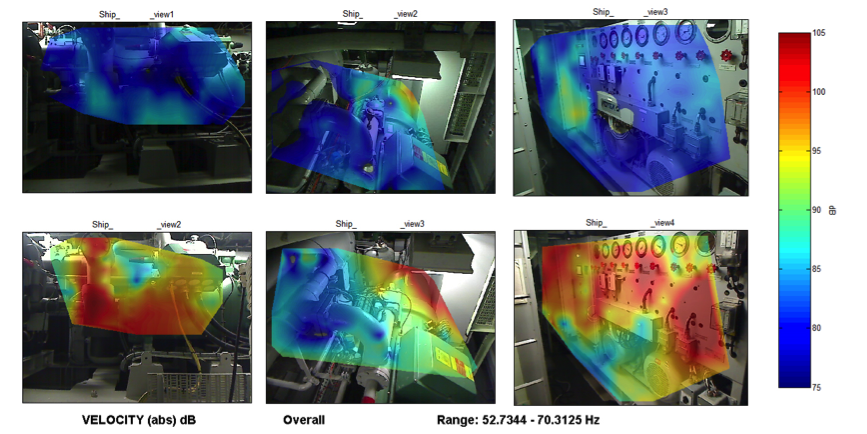 Another way to visualize sound is through the practice of acoustic holography. This is a method of estimating sound by measuring pressure and particle velocity in a given area.

“The system outputs an acoustic photograph that indicates the differences in noise level for different frequency bands,” Julian says. “The probes are useful for outdoor scanning and are not highly affected by background noise and reflections.”

Paving the way for Acoustic Innovations of the Future:  Acoustic Meta-Materials 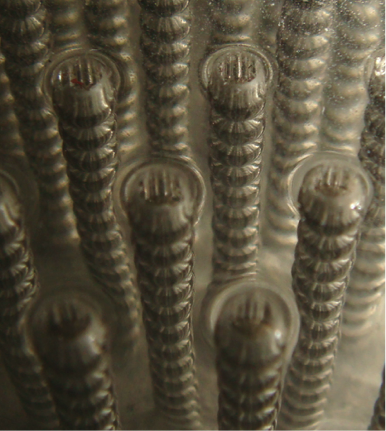 While the previous 10 acoustic innovations all come from the past decade, acoustic meta-materials represent an unknown in the world of acoustics. These substances make sound disappear entirely — things known as acoustic black holes and acoustically invisible walls.

“Apart from all the sci-fi references, the research done with these materials can open up a new world of possibilities for material selection in acoustic treatment in rooms as well as medical screenings and imaging,” Julian says.

Any of these acoustic innovations can solve a sound problem or create a better acoustic environment. Our acoustic consultants like Julian Martinez understand the latest technology and utilize tools like these to assist clients around the world. Contact us to learn how we can help turn your idea into reality.