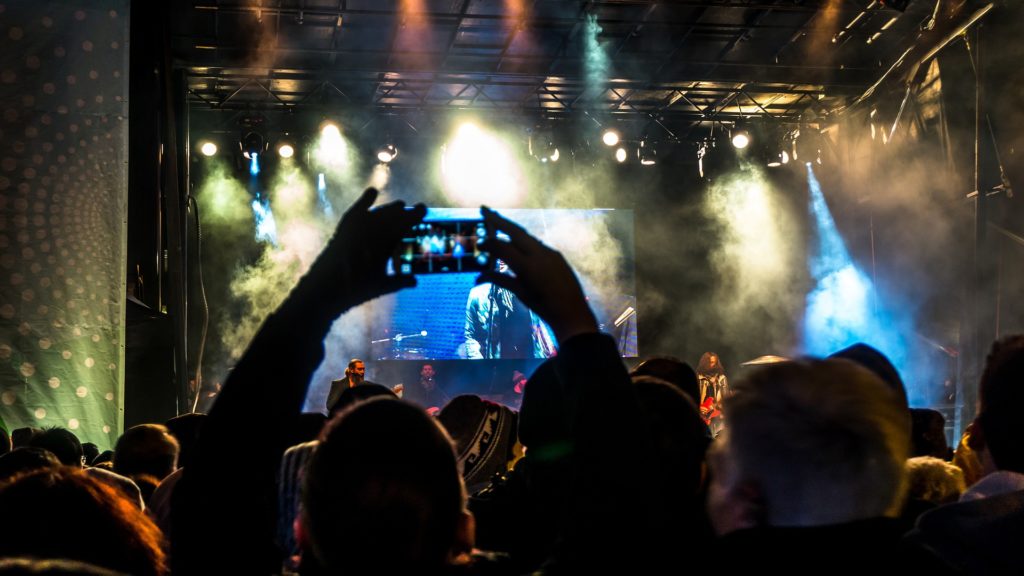 Unique acoustic locations can sometimes take concerts to a whole new level. Concert halls, theatres, and clubs around the world allow bands to make a living playing the music they love for fans and give those fans an opportunity to see their favourite artists in person.

But, these venues can be acoustically monotonous. If you’ve played one, you’ve played them all. Sometimes, bands need the challenge to make their music sound good in a place where it wouldn’t normally be performed.

Here are a few examples of artists who’ve done just that: 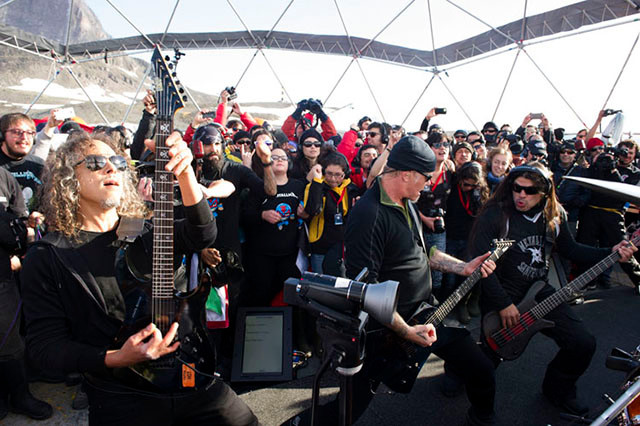 In a show named “Freeze ‘Em All,” heavy metal band Metallica performed a 10-song set for a group of about 120 people in Antarctica back in 2013. This gave Metallica the distinction of being the first band to perform on all seven continents.

The show, a play on the band’s “Kill ‘Em All” album,  took place inside a small dome on the Carlini Scientific Base for an audience of researchers and contest winners.

Regulations in Antarctica prevented the use of traditional amplification, so the audience listened to the concert through headphones — taking a page from “silent discos” that are popular at music festivals.

This meant that audio engineers had to get creative about how to capture the band’s sound and energy in a way that wouldn’t overwhelm listeners ears through headphones.

The sound of Metallica’s concert depended entirely on the band and the front of house engineer. The engineer controlled what the audience heard through their headphones. Acoustics plays a limited role here since no sound is actually radiating into the open air. Background noise was likely considered so that people could listen to the actual concert and not the surroundings, perhaps through noise cancelling headphones.

Usually, acoustics for open air concerts depend on factors such as ground covering (grass, concrete, etc.), temperature, the wind, humidity, and audience density (how many people attend the concert). In an extreme place like the south pole, all of this values are opposite to what we would usually expect, it would definitely be something interesting to try out.

Queens of the Stone Age: Salt Mine 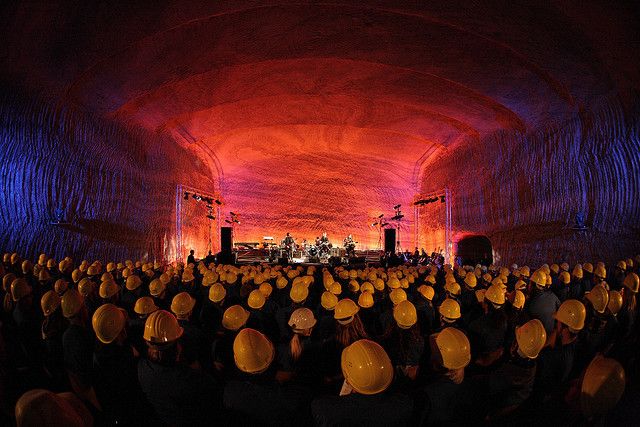 Queens of the Stone Age perform in a salt mine in Sondershauen, Germany. Source: Matthew Field

From insulting their record label to calling out U.S. President Donald Trump, Queens of the Stone age have never shied away from pushing boundaries. They pushed the concert limit in November 2007 by performing in a salt mine 2300 feet below ground in Sondershauen, Germany.

The show has created a bit of controversy among the band’s fans. They were teased with the promise of a DVD release shortly after the show, but it never happened. However, bootlegs of the show are widely available and there was even a documentary done on it.

The concert was performed semi-acoustic, and the setlist included songs the band rarely played live. Lead singer Josh Homme described it as an awesome feeling to pay tribute to miners in that region.

This could translate into a very poor clarity of vocals and instruments. Usually, spaces like this are hard for rock and pop bands to perform because of drums and bass taking up most of the sonic space and muddying up the sound. A band and its mixing engineer need to be top notch to handle a concert like this one! In the end, acoustics aside, it must have been a surreal experience. 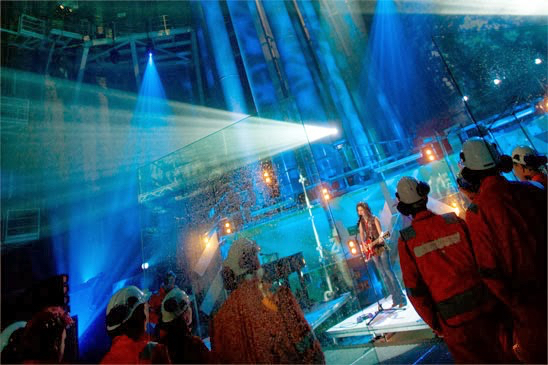 Katie Melua performs on an underwater oil rig in a concert known as the “Gig on the Rig.” Source: USA Today

The Troll A platform, operated by Statoil, is an underwater structure that’s taller than Eiffel tower supported by four concrete shafts that reach to the ocean floor. Melua performed in one of those shafts.

Melua flew by helicopter to the platform. The concerts were attended by drilling crews and were part of the platform’s 10th anniversary. She participated in survival training leading up to the concert, including learning how to pull herself from a submerged helicopter.

“This was definitely the most surreal gig I’ve ever done,” Melua said in a statement released after the concert.

The psychological pressure of performing under such extreme circumstances must have been enormous. Melua and her band must have had to adapt to very peculiar acoustics on stage assuming that they performed inside of this long shaft.

A cylindrical cavity has a series of very distinct resonances or rooms modes: expect pressure build up areas and some areas where sound cancels out in certain frequency bands. Sound reflections could also prove to be very tricky here since all sounds will bounce off from the lateral walls and focus at the centre of the stage.

Jamiroquai: Gig in the Sky 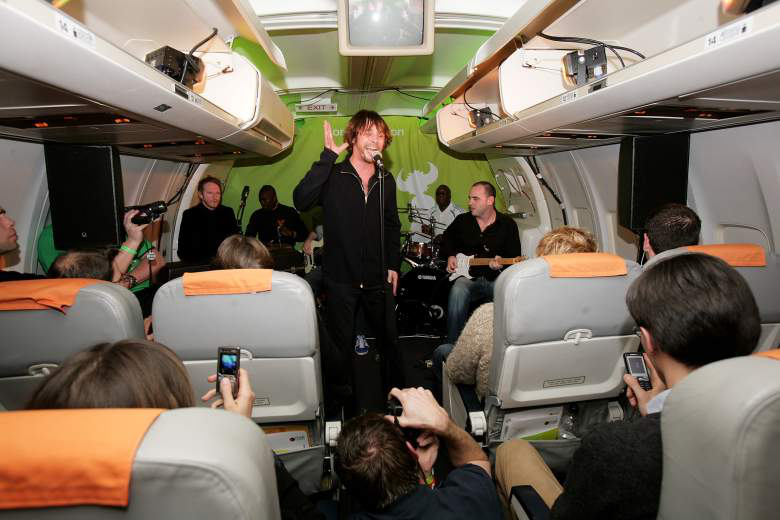 Jamiroquai performs at 35,000 feet on board a flight between Munich and Athens. Source: Getty Images

British funk band Jamiroquai performed a concert high above the sky in 2007, breaking another world record in the process.

Jamiroquai performed for 200 people on a Boeing 757 jet flying at 35,000 feet from Munich to Athens. The concert was marketed as the “Gig in the Sky.” The plane was remodelled to accommodate the concert, including lighting and a stage. Given the small space, the band performed stripped-down versions of its hits.

Both the Walkman phone and the world record turned out to be short-lived. James Blunt surpassed it in 2009 by performing a concert at 41,000 feet in 2009.

There must have been serious planning to have the concert sound good over the engine noise. Notice how when you’re on a flight the noise is always constant. That is because engine noise flanks through the structure of the plane and radiate towards the inside, where people are seated.

The noise is made up mostly of low-frequency band noise, and it can mask the low end of the music. This is what gives power to the funky bass and drum grooves that drive the performance. 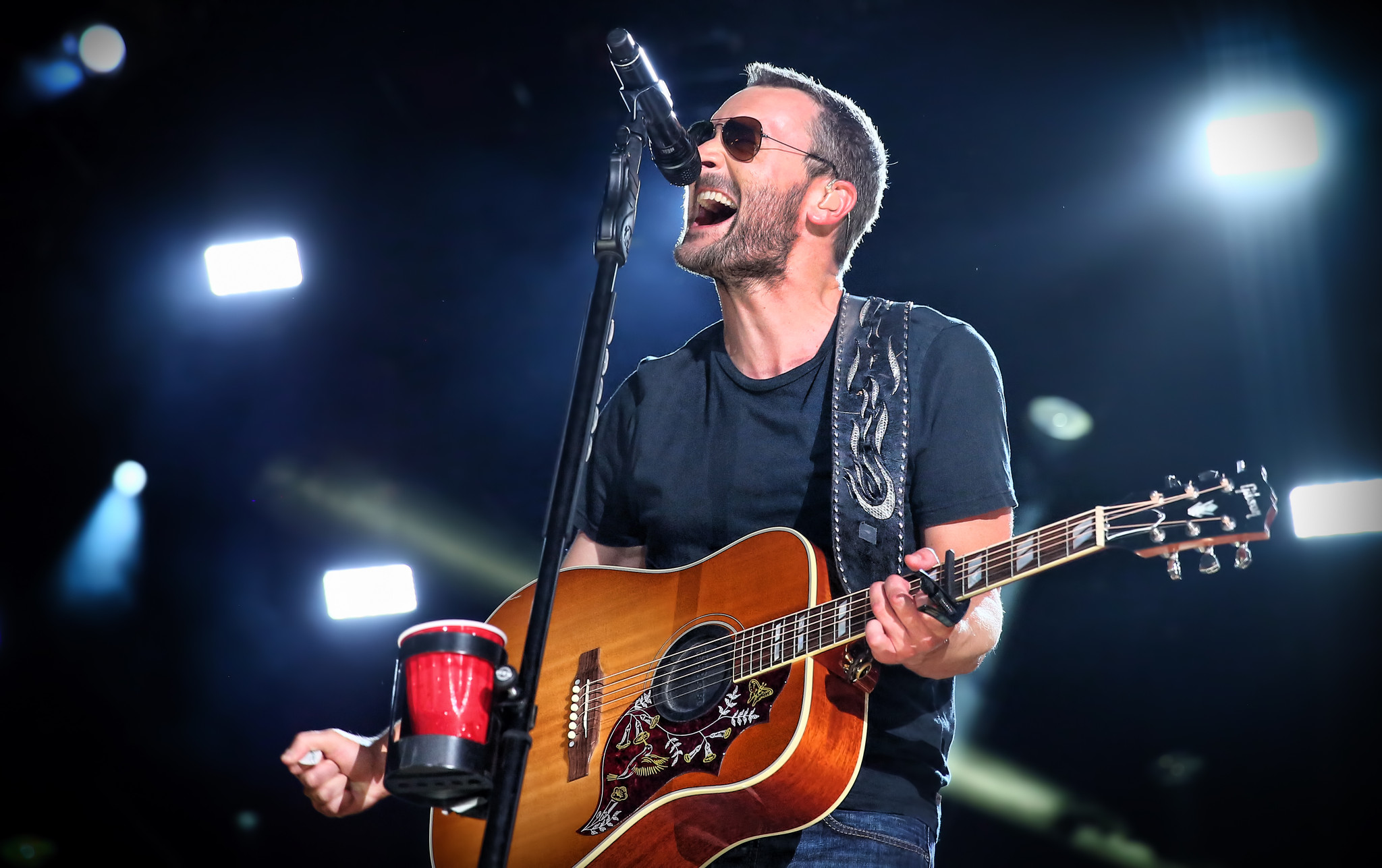 Country musician Eric Church was one of the first artists to offer a virtual reality concert experience. Source: Getty Images

The next wave of outside the box concert performances appears to be coming in the form of virtual reality.  Earlier this year, U.S. country singer Eric Church released a VR version of his performance at the Stagecoach Music Festival.

The concert is available on Vantage.tv. Eight cameras captured 180 and 360-degree views of Church and the audience. This gives fans the feeling of attending the show without leaving their living rooms.

Viewers can choose from a multi-camera director’s cut or 360-degree front row view of the 13-song set. One highlight of the show is seeing fans throwing their boots on stage during Church’s hit “These Boots.”

Performances like this and 360 audio are becoming much more common. Specialized recording and playback devices allow the listener to experience being seated in the show.

Technology now allows us to capture 360 sound through multi-channel microphones. That sound is reproduced using Ambisonics or Wavefield Synthesis. This technique involves placing the microphone at the audience area and recording 64 channels of audio. Then, a signal processing algorithm adapts it to the number of speakers in your home theatre system. This approach allows those watching at home to experience every aspect of the concert as performed in the arena.