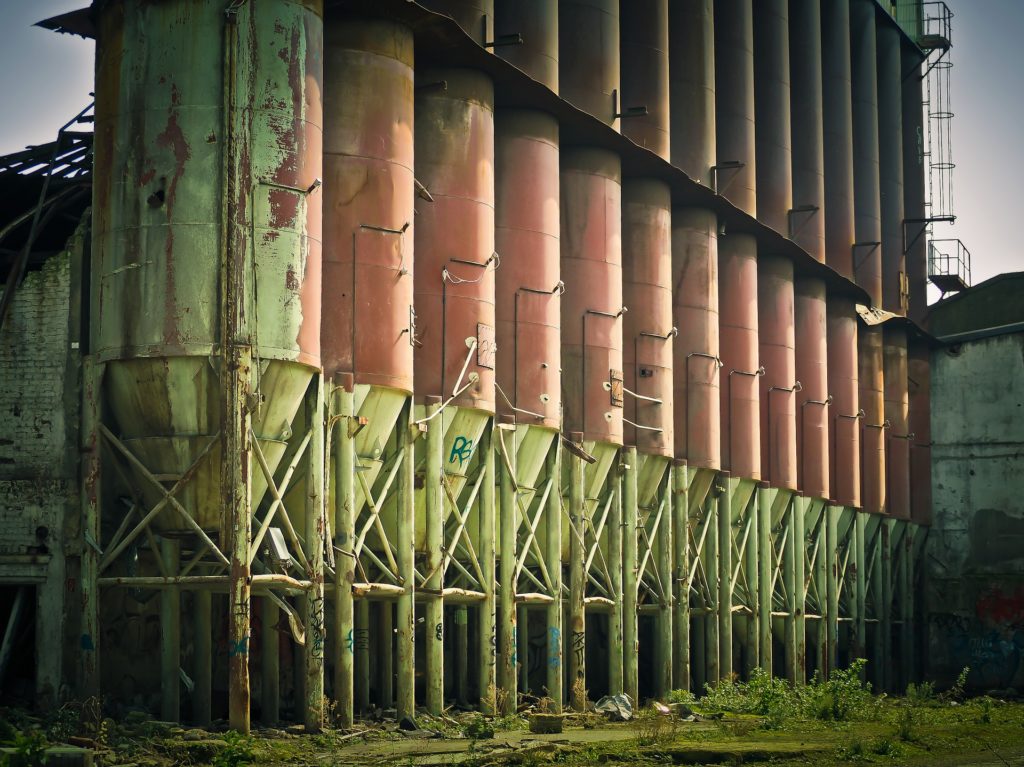 Beautiful sound can be amplified through any medium! In fact, the tanks are left to the wilderness, now a new lease of life enters into a new phenomenon with sound.

Creating beautiful sound can be somewhat abstract in nature. How else could we conceptualise the art of making something so abstract wonderful? This blog breaks down for us the use of abandoned tanks used to create a life changing experience.

1. Toluene tank in Dottikon, Switzerland: a living universe by Zimoun

Dark, abandoned places, such as industrial tanks, often have an interesting acoustic feature. Sound, if played inside, can contribute greatly to the dramatisation of space.  However, not a lot of people would expect to hear a waterfall or raindrops pouring down its walls. And that is exactly the kind of feeling you would get when you enter abandoned toluene tank in Dottikon, Switzerland.  Studio Zimoun from Bern positioned painstakingly 329 DC- motors with cotton balls throughout the white interior of the tank. Each motor functions as a singular sound unit, which, when combined with the rest, creates complex patterns.

A combination of repetition, multiplicity, and space acoustics is what makes this piece unique and breathtaking.  Yet, the author does not interest in the awe element in his pieces. Rather than that, he finds constant inspiration in simplicity and everyday, industrial objects.

The beauty of simplicity is an interest of mine. In simple artificial systems, which somehow develop and unfold a complex behaviour growing out of the dynamics of the materials themselves and/or out of the space-related situations.

This use of materials in relation to space is fundamental. In all of Zimoun’s work. What you hear is what you see. Often you can smell it too. The source of the sound is present, pure and raw.

I keep my works very reduced, abstract and raw. That way they function more like a code behind things, rather than just creating one connection to one thing. In this way, the works can activate the visitors and allow them to make their own connections, associations, and discoveries on different, individual levels.

Zimoun chooses carefully from the range of unspectacular materials (cardboard, filler wire, styrofoam, cotton balls). Ones whose dynamics and resonance properties fit the best the concept of the work.

The technology is simple too. Usually no computers, controllers, algorithms. According to the author, it is is more about the playful use of mechanics, than a technological one.

The Architecture of Sound

Sound as an architectonical element interest’s me. In sound creating space, but also in sound which somehow is inhabiting a room and interacting with it. In three-dimensional sound structures as well as in a spatial experience and exploration of beautiful sound. Space itself is influencing the final result a lot: visually but also sound wise. The tank is somehow finishing the work in its own way, as this “finish” is based on its sound properties.

The poet of repetition, as some would call him, created a living universe in the toluene tank in Dottikon. The minimal installation of 329 singular sound units is further multiplied and amplified by long reverberation times. Here, the spatial effect is at its peak.

Zimoun sees the sound as something tangible and physical. As an architectural element, that you can walk around, and explore acoustically. Both the sound sources, as living entities, and the space around it are bodies of his work. They equally contribute to the creation of the new sonic organism.

In the permanent installation within the Swiss tank, dense sonic structures continue to hum resulting into a beautiful sound. Even though its interpretation is left open, the complex nature-like rhythms will leave no one untouched.  This tank is a magical and absurd place. Simplicity and complexity are coexisting, while beautifully contrasting each other.

2.The TANK, Rangely, Colorado: a community project to save the acoustic jewel 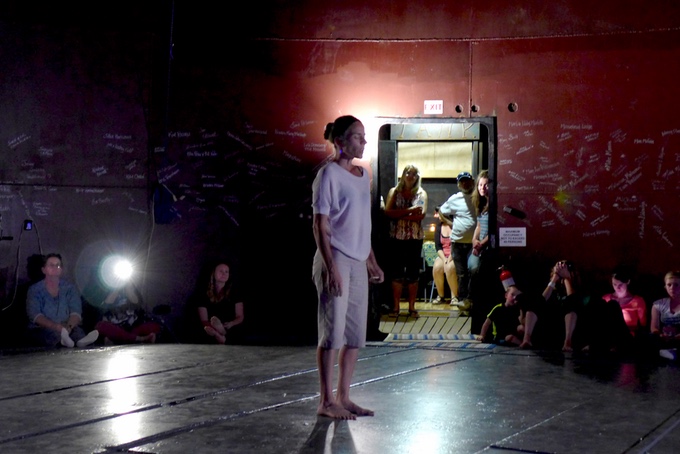 The former water tank, Rangely, Colorado, is dating from the 1930’. It was re-discovered by Bruce Odland back in 1976. Realising that its acoustic features are sometimes better than ones of Taj Mahal or even the Great Pyramid of Gizeh ( with rich shifting and swirling reverberations)  other musicians slowly started using it as well. They used it, secretly, to record their pieces for years.

Rather than return with the regular cadence of echoes, sound waves in the 60-foot, steel-capped cylinder race in circles like atoms in a supercollider. Twist away like a whirlpool, like a benign Charybdis. Expand and pulse up and up and up.

A few years ago, a platform called Tank- FX emerged. There you can upload your sound piece that will play immediately and sent back to you. In this way, anyone could, at least virtually, immerse to the haunting reverberation of the tank.

Nonetheless, in 2012, the TANK’s existence was severely endangered. Following the years of decay, the building was about to be sold to scrap.

A group of musicians formed Friends of The TANK (FOTT) and decided to save it for future generations. Calling themselves “an eclectic group of artists, sonic explorers and practical minds bound by a common experience”, they have been sharing a meal before playing and recording their sessions in the tank, since 1991. In order to prevent the disappearance, they succeeded in raising $46,000 through Kickstarter campaign from 750 worldwide supporters. The funds were used to secure the land as well as rehabilitate the TANK.

What the future holds

Thanks to the TANK group as well as numerous supporters and volunteers, the TANK is today a centre of sonic arts. It caters to the local and international community of sound lovers. Visitors come to the TANK to experiment and learn about the sound through listening, playing, moving and exploring this acoustic wonder. Instead of using it for high-end art pieces,  this is a very valuable example of a strong community place, that forms around the sound.

On June 11-14, 2015, an international sound festival was held at Silo City, a complex of abandon grain elevators on the Buffalo River in Buffalo, NY. The curator, Colin Tucker of Null Point, carefully selected a set of site-specific sound works to be hosted in the sylos. Sound artists from 18 different countries and all 5 continents came together to explore the sound qualities of these giant structures.The spaces of the silos were “played” like musical instruments, by individuals as well as groups of musicians.

Works presented on this event took the site’s social, historical, architectural, and acoustic attributes as points of departure.

The artists place emphasis on drumming up an experimental music and beautiful sound art, in ways that might sound a bit uncanny. For further coverage of silo city, this link provides you with all the juicy news!

Take some time to have a look at their featured works:

1. Alejandro Acierto, fills a void installation for inflatable bag and speakers at this site

Some of the most intriguing sonic transformations of the space include the installation called slow dripping, as well as Resonant Spaces. In slow dripping, the hanging set of bowels are vertically positioned through the tank and dripping through the whole in their base. The long reverberation times and echo characteristics of the structure, as well as the darkness and highlighted verticality of space, create an illusion of extension of the space through the beautiful sound. Until it disappears. In resonant spaces, Tim Feeney uses different snare drums as speakers, projecting continuous streams of irregular pulses into space. This electro-acoustic instrument plays with the sounds that are further affected by the materiality and form of the space. Certain sounds trigger specific acoustic frequencies of the space and are therefore amplified. This experiment tells a story that each space is an instrument on its own.