Concert Hall: How To Get The Perfect Acoustics (Part 1) 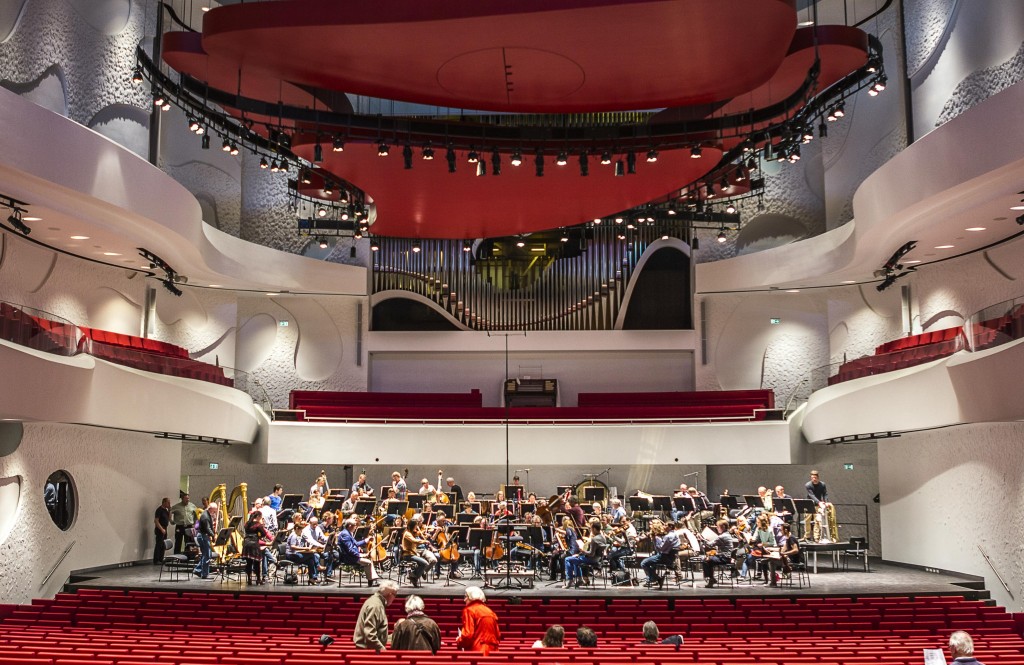 The modern quest for the perfect concert hall has been a story of accidents, misjudgement, and rethinking previously held beliefs. The advancement of acoustics has helped to shape concert halls that improve in the context of music performance. In this post, we will look at some acoustic problems associated with performances spaces and explore methods that acousticians and architects use to solve them.

In many cities this days, the concert hall can serve as a symbol. But for something located right in the heart of the city, how do we prevent noise from coming in? Sound can enter in through a few ways:

Airborne Sound From Outside – These are sounds that have been transmitted through the air, roof and walls. Anything from traffic noise to ambient noise needs to be isolated away from the concert hall so that the softest passages will not be masked. In the past, large and thick walls have been built to do this, but in modern times, layered walls with decoupling and insulation have been used to attenuate airborne sound as much as possible.

Structure-borne Sound – Sound travels much faster in a medium, when there is something that directly vibrates against a structure that is joined to the the concert hall. Traffic and trains are sources of structure-borne sound through the ground. To resolve this, the walls need to be decoupled from the floor surround the concert hall via springs or pads.

Background Noise – There could be machinery inside the concert hall that could add to the background noise level, such as air conditioning units and lighting equipment. Steps could be taken to insulate the air ducts and vibrating equipment to be floated on springs.

The design of a performance venue is highly dependant on what application it is used for. A performance venue attempting to be a jack of all trades will likely result in compromises for each application, as the adage goes – a master of none. One of the key things to decide for a concert hall is – Reverberation Time. 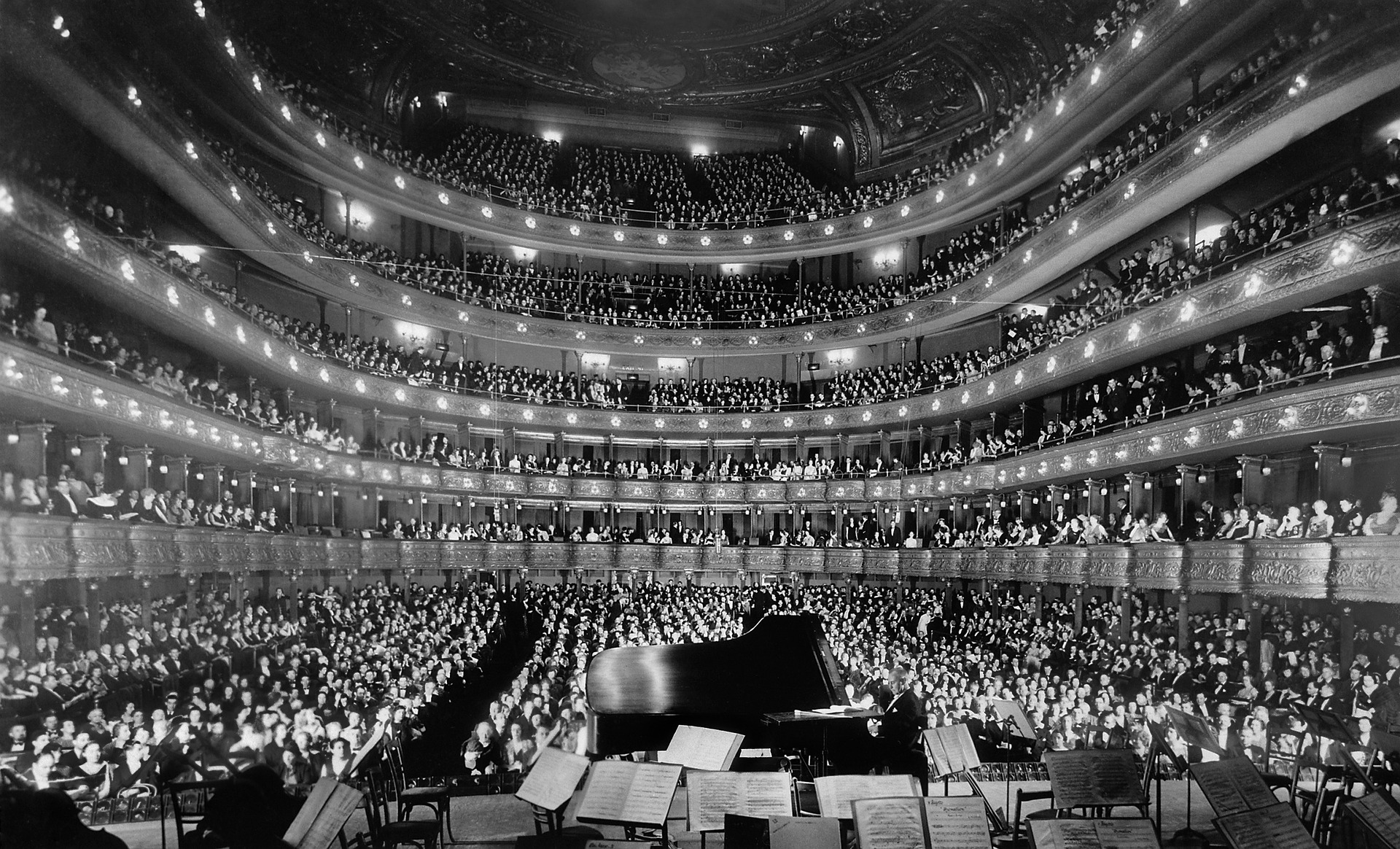 Just How Much Reverberation Time Do We Need?

Reverberation time is how much time a sound needs to decay after it has stopped playing. This is affected mainly through the materials of the wall as well as the size of the concert hall in question. A hard reflective surface will cause sound waves to bounce around more compared to an absorbent foam wall. A room with a reflective sound is described as “live”, while one where reflections are largely absorbed is described as “dead”. So should a concert hall be “live” or dead”? This is a question with no direct answer, and is highly subject to the type of music being performed. In a place such St. Mark’s Cathedral, organ and church choral music have been written to exploit the very long reverberation times of the space – about 13 seconds. However, playing a Paganini Caprice with a 13 second reverb time is really bad idea – because note definition becomes lost and shrouded in a blurry mess. Long reverb time is also a recipe for disaster with regards to speech, because the noise from the audience is amplified, drowning out what needs to be heard. In general, here are some reverb times for different applications:

As we can see, very different reverb times are needed for different types of performances. For a symphony orchestra, the musicians do not use any electronic sound reinforcement, therefore the architecture of the concert hall needs to do its work to bring fullness of the sound even to the quietest passages, and be heard all the way to last person in the audience. A completely dead room will cause a violinist to panic – Issac Stern calls the reverb that a concert hall produces as a “friendly aura” that “surrounds each note”, as opposed to having a player feel that his sound is “bare or naked”. For pop and jazz venues, a relatively “dead” room is required because most of the sound quality is determined by the PA. If there is too much reverb, the sound can get too muddy and loud. Artificial reverb can be added into the mix for such events. The shape of the concert hall is closely related to the reverb time of the concert hall. Some shapes work better than other in the context of a music performance. In some early cinemas and amphitheatres, a fan shape was used to maximise the sight lines and seating capacity. While this did increase the number of people that the concert hall could hold, reverberation suffered. In a fan shape, there is sound coming directly from the instrument from the listener, but there are no side walls where the sound wave can be bounced from. This results in a reduced sense of space and grandeur from the listener’s perspective. Side reflections are crucial for enhancing the stereo image. Older concert halls like the Boston Symphony Hall have a shoebox shape. After years of trial and error, acousticians have established it as the best shape for a concert hall performance. In a shoebox design, the seating area has a narrower width as compared to the performance area. This allows for sound energy to bounce off the left and right walls to make the sound coming from the stage fuller. To maximize sitting capacity and to get the audience to sit closer to where the orchestra is, some newer shapes such as the terraced vineyard design have been developed. In this design, there are stalls that surround the orchestra/performance area, and walls that divide out the audience space also function in the same way that the narrow side walls in a shoebox design would.

There are other factors that can affect reverb time in a performance space. This will be discussed in part 2 of this post. By the way, do you want to see an infographic showing you the most common noise problems in residential spaces? Well, just click here.