On any given day, you might find architect Anshuman Roy immersed in a heady concoction of earworms that transcend genres and timelines. Everything from early jazz, to blues rock, classical music and then some. Next, a look at his playlist will reveal musicians like Canned Heat, Pink Floyd, Ella Fitzgerald and Led Zeppelin.

He counts Edgar Allan Poe, with his dark and descriptive works, as amongst his favorite authors. P.G Wodehouse remains the quintessential summer read. He often dabbles with abstract etchings and doodling and dotes on the works of the surrealist genius Salvador Dali.

All of these influences — including myriad others spanning music, history, literature, and art — inform Roy’s approach to architecture and acoustics.

That unique perspective to design represents a merging of influences and disciplines in a cerebral capacity. He hopes this will allow him to carve a niche for himself in his craft.

“As a kid, engrossed in my own messy brand of interior design. I would draw on the walls of the house and my parents never once told me off for doing so,” Anshuman Roy says. “Many parents will tell you to draw on paper. Mine however, provided a lot of encouragement for whenever and wherever I would draw something new. I owe any and all of my creative persuasions to the manner in which I was brought up.” 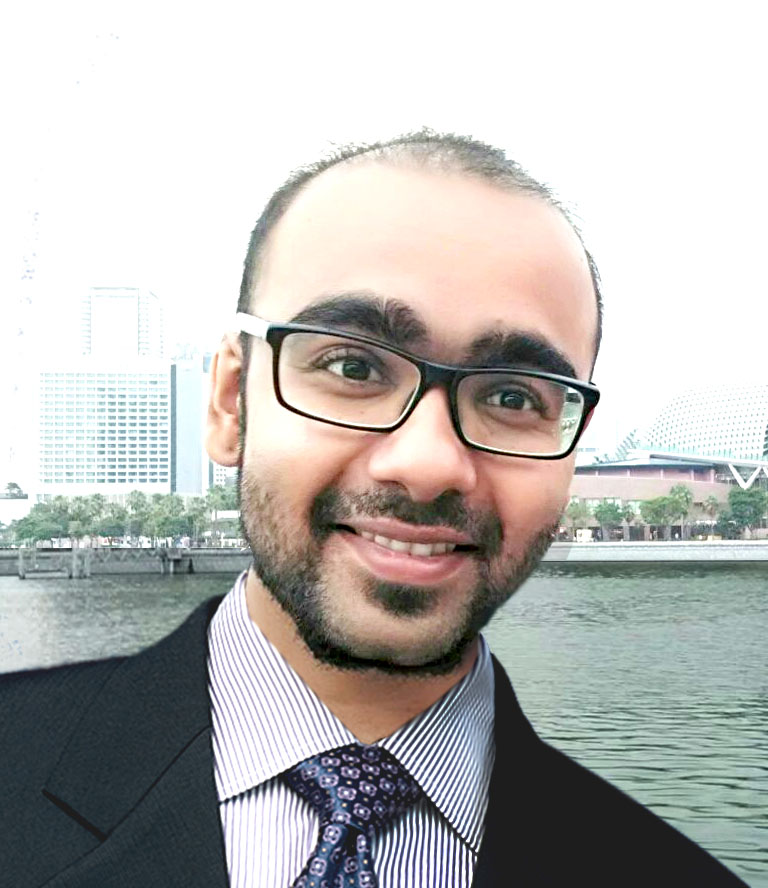 The progression towards embracing the life of an Architect, he says, is a natural and gradual one. As a child, Roy muses, one tends to develop intimate relations with spaces, from balconies to play areas.

An appreciation for geometry and proportions, dialogues between light and shadow help develop an informed curiosity over time.

Furthermore, the depictions in literary works and pop culture references, of the lairs of storied heroes and their diabolical adversaries, create a certain wonder and curiosity for spatial design – one that associates with stories and experiences. The love for architecture is a natural progression.

Anshuman Roy prefers to regard the often segregated disciplines of sound, art, and spatial design in a manner that is more organic and less linear.

“‘I look at various ‘disciplines’, as they are commonly referred to, as merely different modes of expression, eventually contributing to an experience which is perceived by the engagement of every one of our senses. 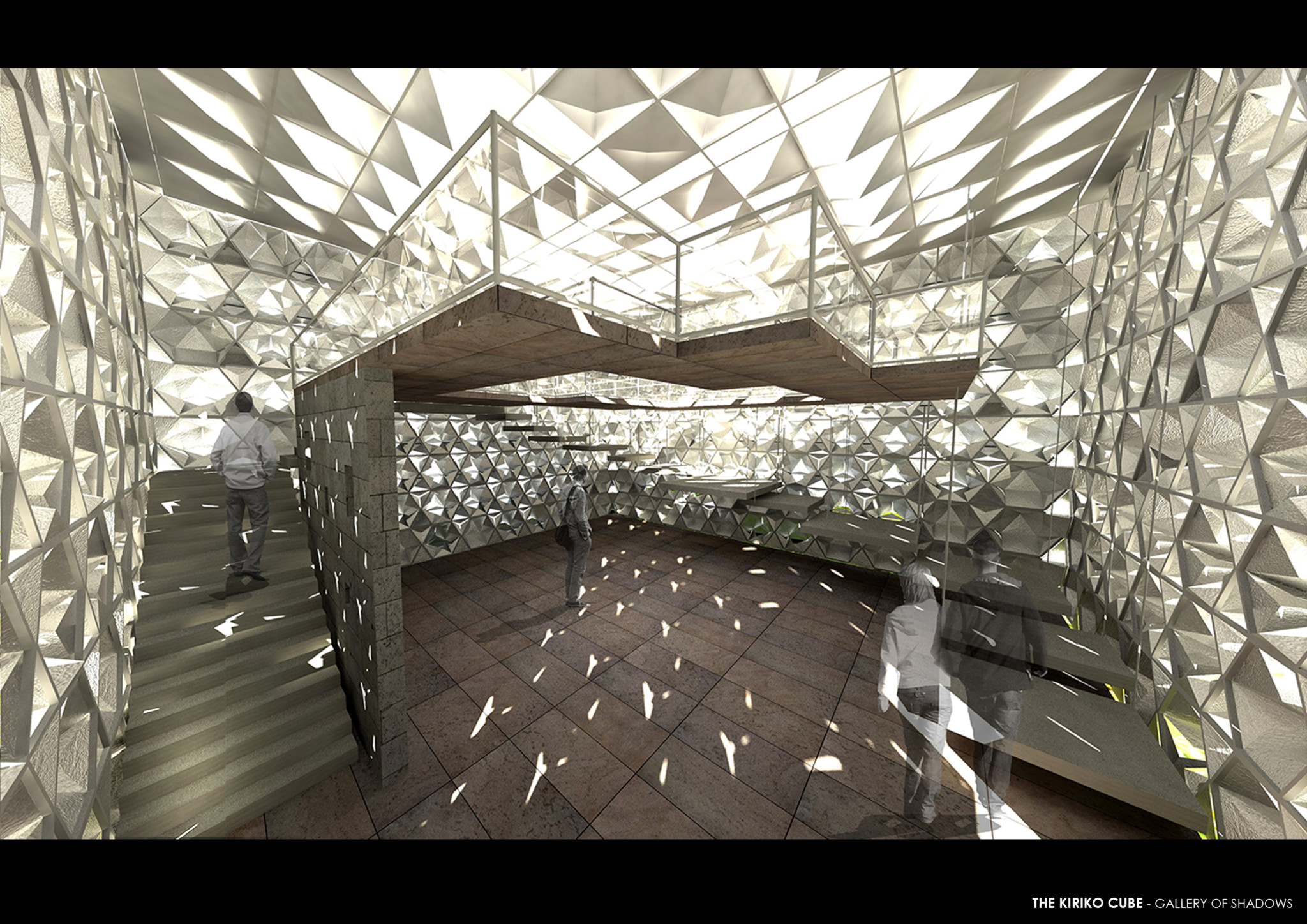 The Kiriko Cube, a Gallery of shadows:
This project explores the interaction of geometry with light, to create a space where shadows cast manifest as exhibits.

As a result, I find it unnatural to allude to binaries,” Roy says.

Imagine the final crescendo of a symphony and a space to correspond to the same.

A serene, dimly lit passage can well be imagined to open into a cavernous space of searing and sweeping volumes, resplendent in lighting and ornamentation.

Hans Zimmer’s scores to Christopher Nolan’s magnum opi, or perhaps a Morricone to a Tarantino epic, are good examples of how sound may enhance an allied medium, be it cinematic or spatial. For the latter, treatments may be more nuanced.

For example, dwellings planned to allow for different degrees of privacy. While the boudoirs or sleeping chambers will want to shut out the sounds of the city, porches and living areas tend to exude a more social dynamic. This allows for a closer association with sounds admitted and appreciated.

Dark Side of the Moon

Anshuman Roy has a deep interest in acoustics and music influenced a project he considers and is very dear to him. Furthermore, his graduation thesis. Titled, ‘A Spatial Translation of the “Dark Side of The Moon” album (1973). His thesis attempted to create a series of architectural spaces that would manifest as lyrical or emotive translations of each of the songs on Pink Floyd’s seminal album. 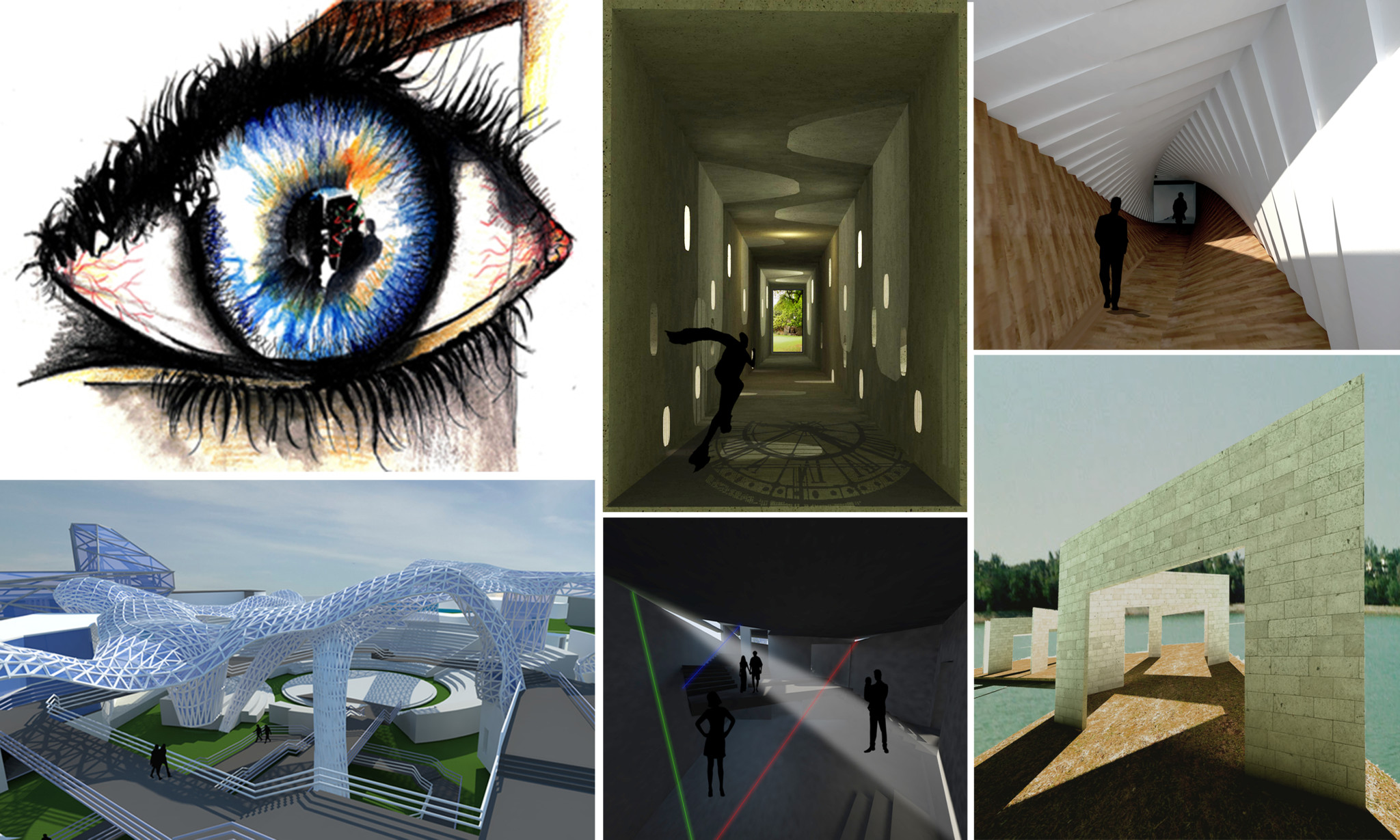 This collage depicts snapshots from various spaces of Roy’s project, ‘The Pink Floyd
Experience – A Spatial translation of the Dark Side of The Moon album (1973).
Various spaces manifest as emotive or lyrical translations of songs in the album.
The Iris sketch depicts the dilation of the pupils on entering a darker space.
Our senses respond differently to different spatial qualities, as they do to music.

His effort ranked 10th worldwide in an International Architecture Competition, titled ‘A House for Pink Floyd’. Launched by ICARCH (International Competitions in Architecture), in partnership with ‘Atelierul de Proiectare’ (AdeP – Design Studio). This competition’s objective was to celebrate architecture in its most creative and liberal form.

After completing his studies at National University of Singapore (NUS), Roy is set to begin working with 100architects, an architecture startup based in Shanghai. The firm works on projects that encompass urban interventions, street architecture, and placemaking, far removed from the saturation of the gated, glitzy built forms of modern architecture.

Their projects include aiming at transforming the public realm, focusing on sites otherwise neglected, plazas, spaces between buildings, and identity creation for city precincts. In 2015, Red Herring selected 100Architects as one of the top hundred promising companies on both sides of the Atlantic.

The company’s philosophy aligns with Roy’s desire to travel and work beyond the confines of a traditional 9-5 job. He finds himself increasingly disillusioned by the hegemony of tall buildings and homogeneous design. He is eager to think creatively and work on projects that embody the creation of a distinct spatial character. Roy also hopes to draw from his varied interests.

The process of design today is in a state of continuous flux, rigorously influenced by a technology inspired, simulation-centric culture.

“These tools allow us to formulate limitless permutations of form and space, based on parameters of critical importance, in their response to environmental elements, aesthetic considerations or otherwise,” according to Anshuman Roy.

In a plea to young students embarking on their journey in architecture, Roy offered the following advice.

“First and foremost, you can’t be a dinosaur, you need to be abreast with the world around you, as architecture is fundamentally a socially-sensitive profession. It works with and within communities and cultures, and yet must be respectful of histories and political situations. You also need to be continually engaged with the latest in the technological know-how. This can be a tremendous asset to your work.”

Architecture for the Greater Good

One of Roy’s specific interests is in disaster management architecture. Therefore, this field involves deploying and developing structures quickly in the event of a natural or man-made disaster. These could range from a flood to a wartime attack.

One example of this include a crisis shelter dropped from an aircraft and quickly assembled by personnel on the ground. Roy says this is an example of how architecture can contribute to the social good. This project attempted the urban renewal of a dangerously dilapidated and abandoned textile mill precinct in Mumbai, presently mired in crime and neglect. The proposed design is intended to be an intrinsically public mixed-use space, featuring galleries, performance areas and commercial activity to bring in patronage, so as to return the precinct to the city. The old mill walls undergo adaptive reuse to house an amphitheatre, with trellises bringing the patron close to the old walls, while also serving as viewing decks.

“Structures may be kinetic in the way that they unravel. This is as a response to either digital or physical stimulus, perhaps aided by mechanical, pneumatic, or hydraulic systems. Architecture can, however, contribute to things like stable housing in the middle of a flood and help the afflicted community,” Anshuman Roy says.

As a result, no matter where Roy’s career takes him in the future, he will always look to his influences for inspiration. He wants to work in a practice that can go beyond the constraints of traditional architecture.
“The process of design is very organic and you can’t separate it from your influences. Everything is an experience,” he says. “Fortunately, I have an interest in moving beyond basic purpose of shelter. Of course, I want to be able to tell stories through my designs. My experiences are very interwoven in how I think. They deeply influence how I design.”

Think you know someone who might be interesting and can change the world? Write the stories about sound here! Just email us at [email protected] and you will be on your way!